Platform engineering is being hyped, is it a replacement for DevOps or SRE?

The software industry has a reputation butchering great ideas into things that we call the same but in the end are being mis-used completely compared to the initial concepts. Take “Agile”. Everyone is working sprints or using Kanban but a lot of companies are far from actual the actual agile concepts. People use Jira so they are Agile. Same goes for DevOps where a lot of traditional operations teams were rebranded to ops so now they do devops 🤷 , Microservices: just cut your monolith into pieces so you get a large distributed monolith which isn’t better than the monolith 🤷.

The problem is often that vendors try to help out with certain problems and then companies think they can just buy Agile by using Jira, You can buy DevOps by using Azure DevOps, Github or Gitlab. A lot of software vendors enable you do do these things better but it’s far more than just these tools. It’s also they way you work, communicate and your internal operating model.

One of the latest hypes is “Platform Engineering”. The idea behind it is pretty good (I’ll come back to that in a moment) but the term is already broken before most people actually know what it is because vendors who create “platform engineering tools” butcher the term Platform Engineering. Slogans as “DevOps is dead, use Platform Engineering” totally miss the point. It’s NOT another rebrand of your operations department after rebranding it to DevOps or SRE. In my humble opinion the only thing that matters is setting up an organizational structure that works best FOR YOUR COMPANY (which is different from all other companies so stop copy pasting things from other companies without thinking what works for you).

TLDR: I see DevOps as a way of working that you could implement in several ways. Platform Engineering and SRE are implementations of this. 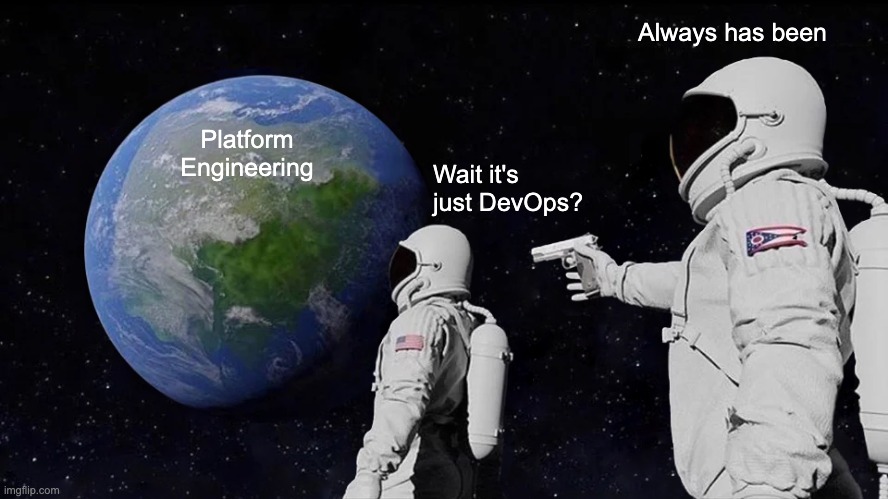 All 3 terms are used in so many different ways at companies. Are they really different? Are they different implementations of the same thing or do they complement eachother?

DevOps, a term used for quite a while now in our industry. There are a lot of different opinions about what DevOps is. To me it is much more than just putting some devs and operations people together. It’s about creating autonomous teams who focus on delivering business value in a better & faster way. It’s a combination of People, processes and tools all working together for the goal of delivering a better product faster.

Autonomy in this is key. Giving a lot of freedom to teams to live the mantra: “You build it, you run it.” This means teams should have the capabilities and responsibilty to make decisions themselves on almost everything. The software they build, the cloud infrastructure they run on, the network that connects their components, the database that stores their data..

These autonomous teams have proven to be highly effective but they also come with a burder. Engineers now need to know more from a lot of things instead of only focus on the code they write. SRE and Platform engineering are forms that can help release this burden.

SRE, (Site Reliability Engineering) Invented by Google is a way to add extra reliability to software products by having engineering teams who focus mainly on Reliability. This does not mean that they fix issues for DevOps teams but they are truely engineers who have a lot of expertise in creating reliable software products and can help the DevOps team in improving the way their product works from a reliability perspective.

At Google DevOps teams need to earn the addition of a SRE team for their product by proving their product is delivering enough business value.

In this definition of SRE, SRE should not be compared to DevOps. It is just a way of implementing DevOps for large organizations releasing some of the burden of creating high reliable software products when products need to scale to the immense scale of a company like Google.

Platform Engineering teams, the newest hype in creating high performing software organizations should be a similar addition to implementing DevOps if you ask me. The core principle is also releasing the burden of the DevOps teams by creating standardized software platforms that autonomous DevOps teams can use. This can be all kinds of products like container hosting platforms, firewall & network controlls, API Management, Cloud infrastructure platforms, DevOps tooling platforms, you name it.

Platform engineering teams can also focus a lot more in getting to know all the details and focus on tuning underlying infrastructure or software where a DevOps team focussing on a business value stream does not have time for. Key thing here is though that they should never become a bottleneck for these DevOps teams.

Self service cloud platforms where teams can get their own “landing zone” to create cloud infrastructure and deploy their applications in.

Everyone uses Kubernetes nowadays.. Kubernetes does have many cool features but lets face it. It’s also really hard to maintain & make secure even if you use one of the managed offerings of the major cloud providers. Having this be managed by teams who also have to focus on business value will cost them a lot of effort they could spend on delivering business value.

As a company you want to be sure that integrations with customers or 3rd parties are made in such a way that everything is consistent. A centralized API management platform helps in creating such a place that is the single entrace for your integration partners where DevOps teams can publish their APIs.

Creating a safe boundary around your network is often complex to make secure but still convinient for DevOps teams to use in an autonomous way. Creating a self service solution here can really help in making it possible for DevOps teams to expose their applications to the outside world without waiting for approvals or the networking team executing the changes for the DevOps team.

Teams need tools to build their software. In large organizations the teams that maintain these tools can become a bottleneck for other teams that actually want to use these tools. Self service enablement for onboarding, settings, offboarding can help reduce the wait for DevOps teams to get things done and can help in getting teams working on the golden path that helps in compliance & security.

Within a company you want all applications to be able use the same identity for your users so they can use single sign on throughout the different applications. If you make it possible for teams to onboard their own apps to this identity platform.

If you see some other examples of platform engineering teams let me know in the comments!

Platform engineering can be a great way to empower your DevOps teams to be more productive. Focus on making golden path implementations easier through self service but leave the responsibility on making choices at the DevOps teams. Internal platforms that are optional are the best way to go. If a team decides not to use it that’s fine. It does mean they have to own things like compliance & security themselves but if that is worth it for them it’s OK. Run your platform teams as internal products. have a product vision and treat your other internal teams as actual customers. A Platform engineering team should in the end just be another DevOps team that is responsible to build & run their platform as a product in the same way DevOps teams run their software as a product.

I think the book “Team Topologies” does a great job in describing relations between teams. DevOps teams should act as “Stream aligned teams”. Focussing on a certain business capability. Platform teams should not act as a enabling team but rather just be a “platform team” that as I wrote earlier provides a platform that teams can choose to use. An SRE team could act in the form of “Enabling team” working together with both the Platform engineering teams and the DevOps teams. 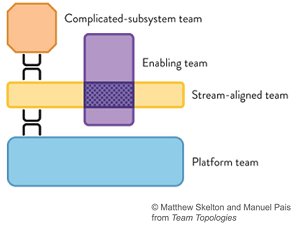 My final conclusion is that all these things are ideas and concepts that should help you deliver software & value to your end customers faster and with better quality. Therefore I see all of this as a form of DevOps instead of competing visions. 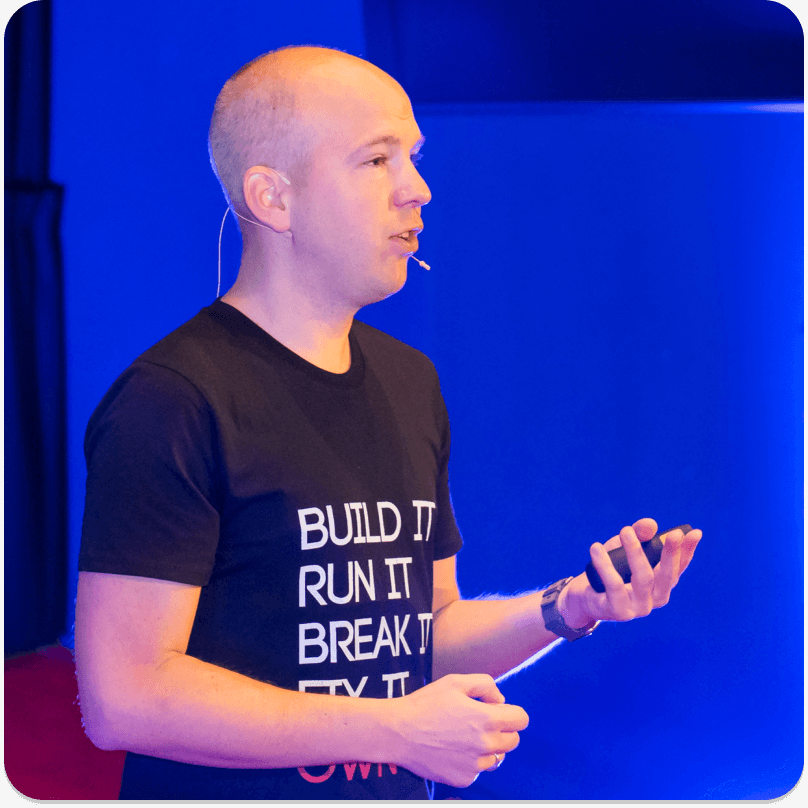